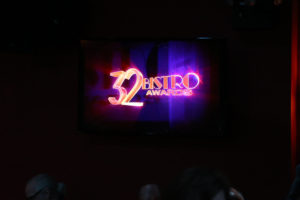 The Gotham Comedy Club was the place to be on Monday, March 13th, 2017 for the 32nd Bistro Awards, produced by Sherry Eaker and directed by Shellen Lubin.  It was a great night of performances from the recipients of the award honoring Cabaret Performers. It was jam-packed with laughter, song and high entertainment for the evening.

Paul Shaffer introduced Darlene Love, the recipient of the ASCAP-Bob Harrington Lifetime Achievement Award. She sang a wonderful rendition of His Eye is on the Sparrow.